How do the nominees for the 2020 RSA Conference’s Innovation Sandbox look compared to prior years? Like last year, I decided to explore the funding profile of the ten selected startups – but with the benefit of comparison this year. 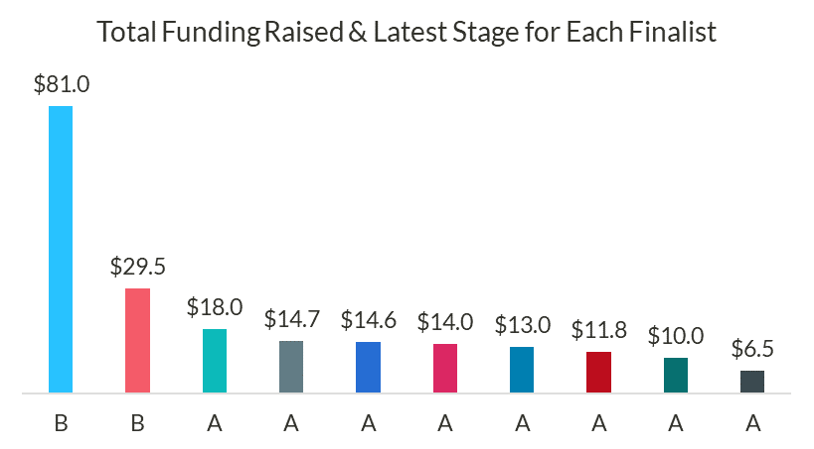 The median funding raised by all ten startups this year is $14.3 million (mean of $21.3 million), which still reflects a reasonably early stage – but it reflects a 36% jump from 2019’s median of $10.5 million. Last year’s winner, Axonius, was tied for the second smallest startup funding-wise; they had only raised a $4 million seed round until a week before the competition.

There are no startups with that sort of profile in 2020, as they are all past the seed phase and into at least Series A. The distribution of startups at the Series A phase is even more concentrated this year (80% of all finalists vs. 60% in 2019). We have an additional nominee at the Series B phase this year, too.

Category-wise, there is a decent level of variability of the problems the nominees are tackling. By far the greatest concentration is in AppSec tools, although they consist of different approaches (including RASP, WAF, AST, and risk assessment). There are two finalists tackling the security of third-party SaaS applications. The rest include PII discovery, vulnerability remediation, anti-phishing, and security awareness training.

For those of you familiar with my work, you’re aware of the fact that I dissect and analyze buzzwords in infosec with some regularity. This year’s word-cloud certainly doesn’t disappoint on the buzzword front: 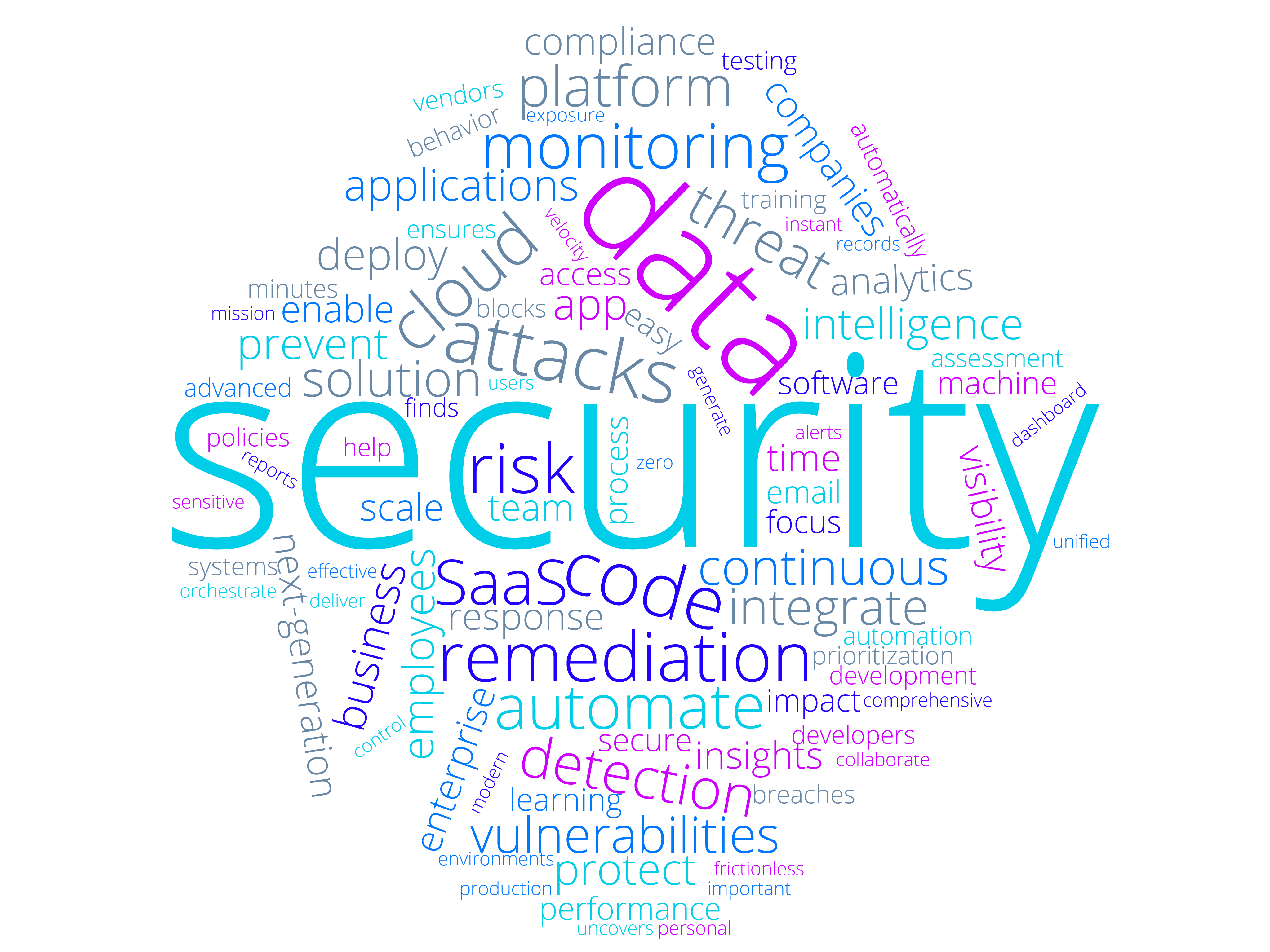 The full list of lead investors in these ten startups is:

How do these investors overlap with the judges? Well, judge Asheem Chandna is a Partner at Greylock and a board member of Obsidian (his colleague, Sarah Guo, is on Sqreen’s board). Judge Patrick Heim is an Operating Partner at ClearSky, a board member of AppOmni, and on Elevate’s advisory board (ClearSky colleagues Peter Kuper and John Cordo are on Inky’s board). Greylock has coinvested with Clearsky (Demisto) and GV (Censys, Obsidian). ClearSky has coinvested with Costanoa Ventures (AppOmni), Greylock (Demisto), GV (CyberGRX), and TenEleven Ventures (CyberGRX).

As President of Dell Technologies Capital, Scott Darling has coinvested with some of the notable VCs on the list above, including ClearSky (CloudKnox), General Catalyst (RiskRecon), Greylock Partners (Agari), and TenEleven Ventures (JASK). Neither judges Dr. Dorit Dor nor Paul Kocher have immediately obvious ties to any of the VCs backing the 2020 nominees.

All but one 2020 Innovation Sandbox finalist is based in the U.S. (the outlier is based in Israel). 70% are based in California, a huge jump from 40% in 2019. Maryland and Pennsylvania possess one nominee each.

As a final statistic, only one company’s founding team includes any female founders, a 0% increase from 2019.

[1] Not every startup gives the precise day they were founded, so I used a combination of Crunchbase and LinkedIn data (e.g., the start date the founder lists) to get as close as possible.

Read other posts
← Shall We Play a Coordination Game? My 2019 Reading List →