Prerequisite plug that you should come see my talk with Dr. Nicole Forsgren at Black Hat next week (16:00 in South Pacific)!

What type of vendors are showing themselves off in the Business Hall? Are they mostly startups?

Exactly like last year, 46% of the vendors in the Business Hall are startups backed by venture capital (VC) firms. Private companies represent only 13% of total vendors this year (vs. 17% last year), and there are far more acquired companies ("M&A" within the chart) this year (8% vs. 5% in 2018). Some of them were acquired within the past year, which means they already booked the booth in their name. However, others are companies acquired awhile ago that still retain their brand name as distinct from their new owners. 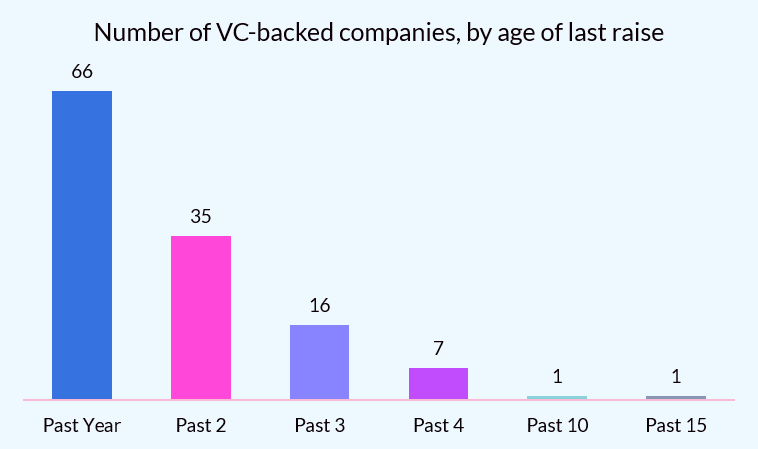 How many VCs are dedicated to investing in infosec? 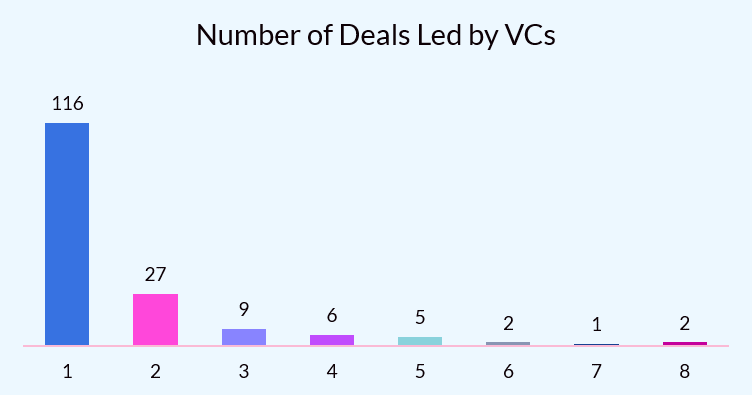 Out of the 168 investors who led a funding round in a security vendor exhibiting at the Black Hat USA 2019 Business Hall, 69% only led one round. This suggests that the amount of investors "dabbling" in infosec is not decreasing, which is a shame. Ideally, investors educated on the space would make most of the funding decisions as, at least in theory, they can better sift through the FUD and buzzwords to determine which vendors actually fill a need in the market.

What venture stage are vendors & how much capital are they raising?

The distribution of exhibitors by funding stage looks a little different than last year. While the number of late-stage companies (Series C or later) stayed roughly constant, there was a notable spike in early-stage companies (Seed through Series B) -- from 53% last year to representing 61% of all VC-backed startups in 2019. This may reflect the increasing dollar-size of early-stage rounds over the past year, as younger companies can now more easily afford to purchase booths. 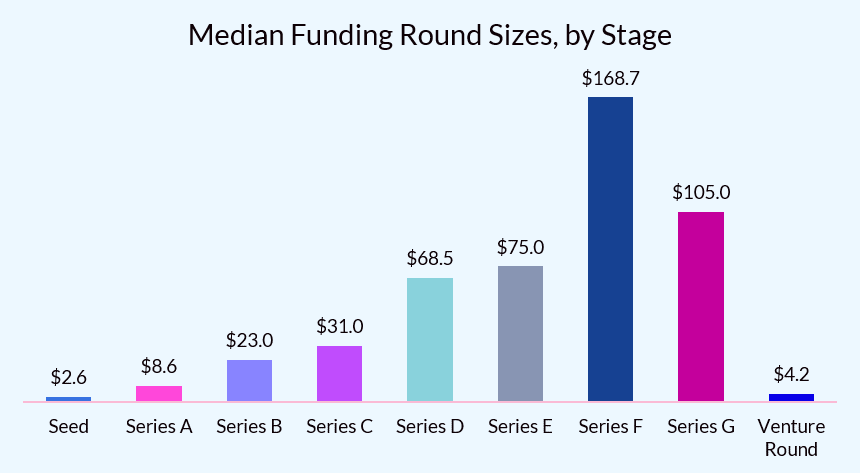 How many Private Equity firms are backing companies on the floor?

How fresh is the Innovation City? 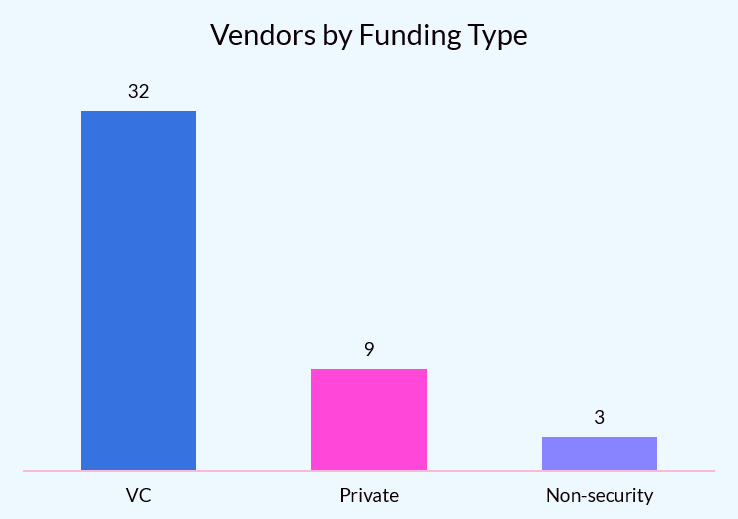 Innovation City now has 44 "residents" (up from 41 in 2018), and has a significantly higher concentration of VC-backed companies than the total population (73% vs. 46%). Last year, Innovation City was only 59% VC-backed, and part of the increase this year was at the expense of the proportion of privately-held but unfunded vendors.

True to its promise as a bastion of “startups and emerging companies,” 91% of the VC-backed residents of Innovation City are Seed through Series B stage – way more than the 61% present in the total population. The median amount of the latest round of funding was $10.0 million among Innovation City residents, in contrast to the total population’s median of $23.5 million.

Fascinatingly, 12 of the 44 Innovation City residents were also residents last year – over a quarter of the population. I personally assumed they rotated vendors to keep things fresh for attendees attempting to scout the most cutting-edge vendors of the flock, but I was clearly pretty wrong.

How U.S.-centric are the vendors at Black Hat? 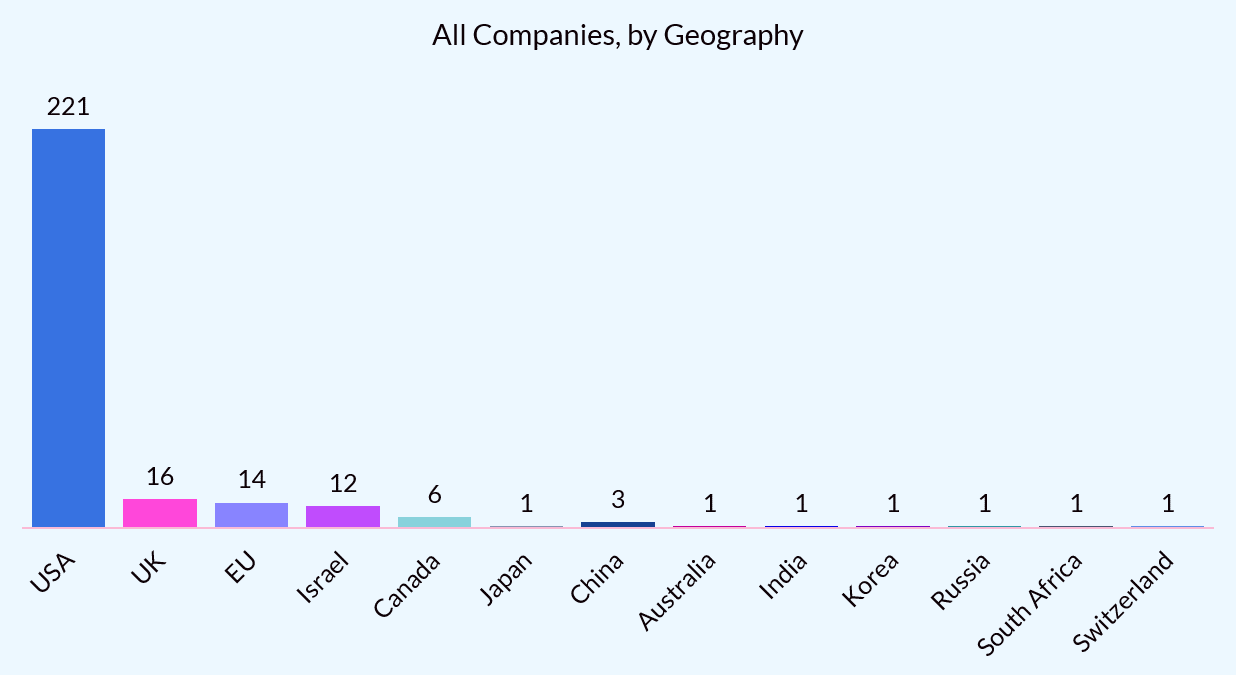 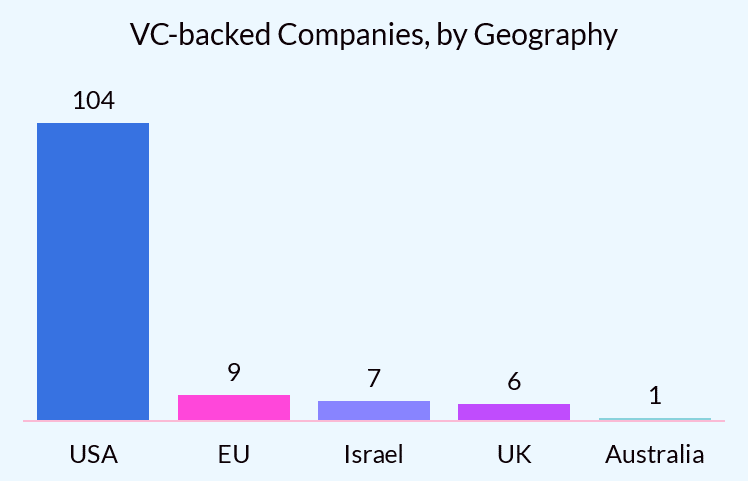 It surprises me somewhat that the number of Israeli startups is still quite low proportionally, despite the substantial number of them funded each year. I suspect the reason is that many Israeli startups end up switching their headquarters to the U.S. (particularly California) once they've reached the Series A stage or later. Thus, many of the startups founded in Israel may not be reflected in these numbers.

Within the U.S., California makes up 43% of all U.S.-based vendors presenting, and over half (53%) of VC-backed startups in the Business Hall. After California, Massachusettes, New York, and the D.C.-region dominate, though Texas is ascendant.

Final note: I have no idea what is happening with Brexit (does anyone?), but given the UK has more representative companies than the definitely-EU-countries combined, I kept the UK separate.

A few notes on the data

Vendors were retrieved from the Black Hat 2019 Business Hall Floorplan, and exclude any federal agencies, educational organizations, or nonprofits. I also excluded any companies in the Career Zone, as they are aiming to recruit security talent rather than sell products or services.

Location and funding information was collected through Crunchbase. There may be errors if a company’s Crunchbase page is not up to date.